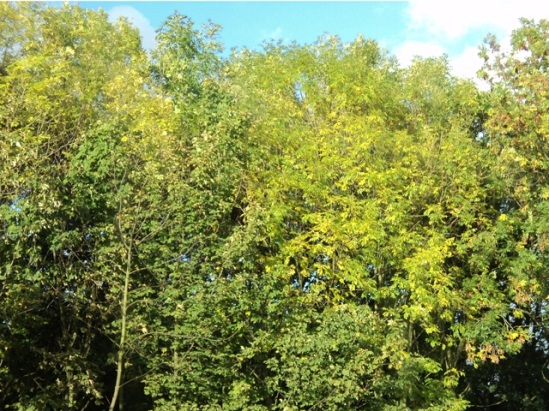 As Dover faces France from the English side of the narrowest part of the English channel, one has to think about more than just water and beach; as a major port and a historic town, Dover’s relevance should be further different from how one would view it from the soul and not the brain. The administrative centre of Dover district is nothing less than a poem; what Matthew Arnold brought to us in 1867 has to be its best definition coming from someone who saw it from that viewpoint which changed what the English Literature students saw in that place, and upto an extent, in many beaches around the world. His “Dover Beach” was indeed superior; something which stood out in an English text book of poems which contained the poems of William Wordsworth, John Milton, John Dryden and John Keats. The poem was to be reflected; supposed to come back to the reader every time he visited Dover, or even saw a sign board with that name, clearly dragging the now transformed traveller and former reader right to it, giving his soul wings and making him fly, not with the wings but with those imaginations which used jetpacks. “Dangerous Dave” would complain about it, but this is that pack which needn’t expire with the missing fuel; it is driven by the ideas which comes more from the heart than the brain.

The Victorian Age wouldn’t come back to give that perfect effect provided by Matthew Arnold; what he saw would remain something which was special to him and what remains now is our combination of the same ideas with whatever we have. One would combine it with the White Cliffs of Dover, which is that sight of beauty from anywhere in the sea and the protector of that area for any attack other than from the air or heaven. It is that thing which welcomed the early visitors to the island even if they wouldn’t have to climb them, and it is that thing which symbolizes the protection of mother nature provided to the inhabitants without the need to build any ugly barricades or stone walls; protection through natural barriers is always a scene of beauty. On one side, there is science which fakes to guard the world and instead destroys the nature, and on the other side, there is the natural sentry; the guards of mother nature which protects its creatures including the human beings who repays nature with the most damage; a process which is irreversible. This would continue to be strange even for a possible group of Martian visitors who lack this much of a beauty in their planet; it might already be strange for all the other living creatures of Earth who has a mind which comes close to some thinking or reason.

The Strait of Dover should have inspired millions, and Matthew Arnold might be the best inspired of them all. The strange reflections, everlasting melancholy, abiding sadness and the delicately placed pathos of his poem would bring one closer to Dover just to look at the French coast as he did. The turbid flow of human misery which he mentioned in his poem was not something which was limited to his soul; it was everywhere and continues in a much more powerful way. He uses the mind of the Greek tragedian Sophocles for the same, but it is evident that there was no need for recollecting what he heard in the Aegean; surely no need for the same from Aeschylus and Euripides. Dover Beach would have been enough for him; for as those waves draw back and come again, the eternal note of sadness would still creep in and provide the much needed inspiration; no wonder the workd “Dover Beach” would create an impact which would challenge the best literary works of the era and beyond. The social, political, religious and intellectual disturbance of the age would still remain, years after he wrote it, and the situation would be worse; people would be more evil even with the presence of a much better conscience. The transition was from the almost evil to pretty much evil, instead of a journey towards eternal goodness.

“Oedipus the King”, “Oedipus at Colonus” and “Antigone” might be the prducts of Aegean Sea, but there is no doubting the hidden motivation in Dover. But what would make better, that sadness about the lost goodness, will be the Sea of Faith which has surely dried up for now. It was close to being extinct during Arnold’s time, but it is gone now and his work hasn’t really worked and brought it back. He could hear it withdrawing, but now it has vanished into thin air; dried up by selfish humans, the holders of a cursed mind. A small amount of it still lives in the mind of the religious fanatics, but not as goodness, but as the opium and alcohol which they need to empower their anger. The assault of science continues on religion, and in the end, the loss would be that humanity which is based on truth, justice, freedom and love leading upto heaven being replaced with perversion caused by a society lead by the loose morals or the complete lack of morals. There would be Fall, just like the fall of Doctor Faustus and the Satan himself, as it is that pact with Lucifer which science has signed with the blood of the poor and the starving when there is more money spent in research than for feeding the hungry. The exploitation of nature combined with that of the fellow humans; there wouldn’t be an easier path to perpetual hell.

The world still remains beautiful, but we are on that darkling plain as Arnold always knew; swept by confused alarms of never-ending struggle and flight; the world is where ignorant armies fight with arrogance, a world which was violent and continues to be so; only this time it is for no reason; there are no longer the direct wars between nations; there is just nonsense due to problems on small stretches of lands, water and oil. There is no humanity and there is no national unity; there is just selfishness and fake national pride among people who do nothing for their nation. Arnold wouldn’t have been able to write the same poem in this age, as it would have been an epic which would go beyond a hundred books and not to reach conclusion. He wouldn’t have been able to discuss the social and political nonsense and bring our attention to it; especially with an empty Sea of Faith. There should be no poet who is cursed enough to live in this century; as this is not their age; this is the age of selfish people of science; art exists in that corner which is less significant; it sticks to the other fields and make its mark, and the world of literature has reached that low level; fiction has taken over the next generation and it is the season of Twilight series; not of the Theban Plays, Greek Epics, Marlovian Tragedies or Shakesperean Histories.

One can still find the much needed inspiration from Dover, as there is no draining nature upto an extent to which it can’t take care of its people; for at that point, there is going to be that retaliation. One would want to visit the Dover Castle; the largest of its kind in England. It has blended so much of it nature, seemingly making it immune to the future attacks from beneath Earth. South Foreland Lighthouse of the Victorian Age might be that eye of nature which would guard the world. The shift in Arnold’s work is clearly visible there, as there is that time shift which will seem to occur for someone withe enough imagination; from that perfect world of nature to that of different worlds which seems to exist in turns. One can think about the lack of unity, but this absence of unity is what propells both the dreams and nightmares and makes thing happen in a world of less creativity and more logic. The poem is spell-binding without the unities; it would have failed in its purpose if stuck in those unities; and now it stays as if it has conveyed what it wanted to, but hasn’t changed the creature called man. The moral concern and turmoil would stay and the central problems would remain as it used to be, adding to the chaotic and turbulent world.