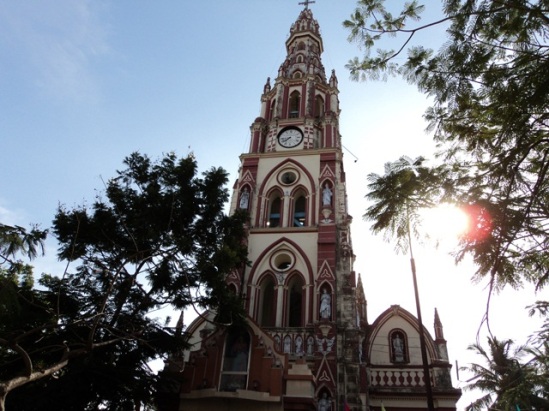 This former French colony or a part of what they established in one end of their colonial empire, also known as The French Riviera of the East, also mentioned as La Côte d’Azur de l’Est by them, which consisted of four small unconnected areas of union territories in different parts of South India; Puducherry or Pondicherry, Karaikal and Yanam on the Bay of Bengal coast and Mahé on the coast of Arabian Sea. Puducherry and Karaikal are the larger and the more visited ones and are both enclaves of the state of Tamil Nadu. Yanam and Mahé are enclaves of Andhra Pradesh and Kerala respectively, with the latter getting more importance these days. Even as I did visit Karaikal during my journey to Velankanni, it is not comparable to my journey to Pondicherry, as the former is kind of a pilgrim’s progress; a progress from this world to another part of this world and not to any other world or dimension. It is not to be compared with the former Portuguese colony, Goa though; not just because it is a state compared to this being just a part of Pondicherry which is a Union Territory; differences are so many, as Karaikal, just like Puducherry is an entirely different identity with a mixture of English, French and Tamil at an extent to making it a place of mixed life and also of more peace compared to the rest. Thanks to Mahe and Yanam, Malayalam and Telugu will also have it’s influence on this Union Territory, no matter how much the distance is, between them.

Being at a French colony was always good for a change, as there was more chance of being at a British colony in India than any other; but Britain was a place I had visited already, along with a good number of its buildings, churches and monuments all around India; the Spanish never really came and made an impact anywhere near India and the Dutch lost their chance so early, thanks to the great king of Travancore, Marthanda Varma and his Diwan who saved not only Kerala, but also the whole of India from a Dutch rule which would have caused a further battle of supremacy in India between the colonial powers and many more unholy alliances would have come alive out of nowhere and the subcontinent would have been separated and devastated forever. That would have also left us with another Germanic language instead of the current one; something which would have been of less use in this continent of variety and diversity; being multilingual would have been another thing, bigger and further difficult. With the Portuguese influence also restricted to Goa, Daman and Diu as well as Fort Cochin, the French influence had been more significant even as it is restricted to even a lesser area, thanks to these enclaves and all that influence which stays alive in these areas, looking to be different with the good effects.

One would have to travel very far to see something of a Spanish influence, but the trip was more than about being with that influence; it was surely spiritual, religious and intellectual as one would see it; that pilgrim’s progress from Velankanni to Karaikal; then to Thanjavur and Thiruchirappalli. The pilgrim’s progress was steady; much steadier than that of the literature and history student; the two-in-one person with the spiritual ecstasy already crept into the third spot, a union territory of the brain and the heart. There was no Vanity Fair though; and John Bunyan would complain if he had the opportunity, as there were places which came close to it, but none of them in Karaikal. There was surely no Wicket-gate; but who knows if some of those great buildings of God symbolized it and it wasn’t readily visible to the eyes. Slough of Despond and the River of Death might have had more of a presence there, but in a much weaker way than what Bunyan would have imagined for his everyman characters. The Doubting Castle would have been many things and the Delectable Mountains proved their absence. The Valley of Shadow of Death and the Valley of Humiliation would wait, creating an opportunity for another progress which the pilgrim is to make; meeting Faithful, Hopeful, Mercy, Talkative, Ignorance, Evangelist and all those people Bunyan had planned.

We know the indirect effects of the Seven Years War as well as the Hundred Years War in this part of the world even as the wars were fought mainly at the European mainlands. Just like the World Wars crossing the Atlantic ocean and reaching the United States of America in no time, these wars had such a huge effect on the British and the French Empires of India and it is a miracle that most of their colonial buildings of a long historical past still stays with the heads held high. As the Carnatic Wars used to run wild on the Indian subcontinent and the conflicts involving numerous independent rulers and their vassals on a fiersome struggle for succession and territory reached its peak with the military struggle between the French East India Company and the British East India Company which looked almost eternal with an end which was never to be. With the British East India Company establishing its dominance among all the European trading companies within India and the French trading company being pushed to a corner which was mainly Pondicherry, these wars did end and it at least saved those monuments; the contributions of the French architecture to India along with those of Britain. The British trading company’s dominance eventually led to control of India by the United Kingdom and the establishment of the British Raj though.

As we go through the fall of Dupleix and the rise of Robert Clive through that history which was written by the people of different lands across different water bodies, the geographical and cultural divergence in the small French India making the French administration weak in keeping their hold these colonies; here we slowly change our view to the tourist attractions of the area. The church of Our Lady of Angels is a beautiful creation of European architecture. The architectural beauty of French culture which was already visited at Puducherry, continued here and every year on 15th August every year has that big celebration of Virgin Mary’s Ascension into heaven. With its wonderful decorative marble altar and the beautiful stained glass windows and having that impressive look of colonial glory with its tall tower, it is the tallest landmark of the town and it is that symbol of spirituality combined with awesome architecture. There can be also seen a number of temples around the area. Just like Puducherry, the beaches of Karaikal is also a good experience, but not that much as its bigger partner in the union territory. The facilities of boating would further add to the interest of tourists.

Karaikal would impress less than Puducherry which had been less of an influence compared to Goa with the exception of that spiritual empowerment. The French flavour would be felt at a lower level compared to Puducherry too. But its proximity to Velankanni, which is less than thirty kilometres from the place, adds to its chance of being visited. A Muslim Pilgrim Centre, is also located about fifteen kilometres south of Karaikal, at Nagore. Along with so many temples not too far away from there, and many shrines of all religions around, what is this if not a pilgrim’s progress from this world to that which is to come? What is this but not an allegory? That every man without or not anywhere near his humour, that true pilgrim who has come to get rid of his burden of sins which troubled him all his life and kept him from repenting and turning to God, after leaving his pride and vanity at home would have to gain that deliverance somewhere near this place. He might be able to go to many other places, but whatever is around Karaikal also gives him that chance; that opportunity which is not to repeat every other day, how much of a survivor of faith one is; the faith, hope and belief factors are to lead when they can; later the rest has to arise by their own.