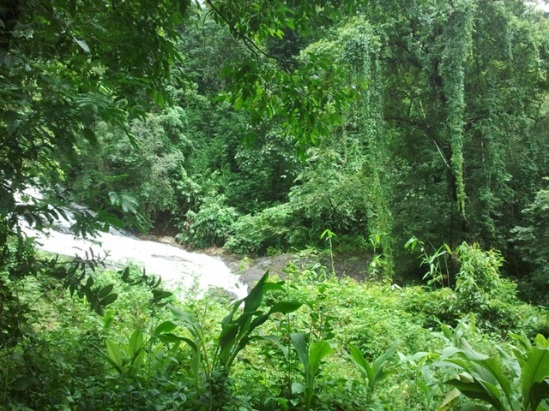 Some say that the nature of the universe mystifies humans – those thinkers, philosophers and all those people who are responsible for the intellectual greatness which has been achieved in those centuries. But what could be said about the nature of nature which has been mystified through ages right from the age of the Romantic poets, or may be even before them in another way. The nature has remained a mystery for centuries and in my humble opinion, it still remains so, and it doesn’t matter how much the science has progressed. There is always the mystery element and the things that science can’t solve, for everything is not about logic and reasoning; for not everything is meant to be found out – the mystery element keeps the world beautiful and our minuteness in this huge universe is not something which should inspire us to be evil and wretched, but to respect the creation of God, for there would be no point if everything is explained using theories and our descendence is from some random ape; some people might find some relief in it – Planet of the Apes was a good movie and Rise of the Planet of the Apes is fine too, but that art-entertainment combo is an entirely different thing.

All the glorification of scientific discoveries is leading to a world that Dorian Gray had? That would be a situation worse than the hell that Keanu Reeves’ Constantine visited, with the devastation supported by the moral degradation of many centuries, all in one poisoned tea cup, the lovely drink replaced by the pathetic immoral half-truths. Beyond these poisonous factors of a world degraded by over-use of science and technology, there lies Urulanthanni, the virgin land of beauty, untouched by the evils of science other than the basic elements which brings no evil. There is still the need to keep the exploitation of science and modernity away. Its a fact that the places unexplored would remain the most beautiful places of natural beauty. Technology from being a boon has become that bane that makes the Dark Knight’s enemy look like a little evil man with the mind of a small kid. It makes fate a lesser destroyer of lives; the more dangerous thought would still be about how dangerous a combo they would make if put together in a cage with no door, no way to escape. They might join together to create that monster of science, somewhere close to a mutant – not of X-Men, but of Resident Evil, for some viruses are of another grade. The horror never ends with science’s newer ideas of exploiting God’s creations.

After leaving the fake that is technology for the truth that is the beauty of nature, the place is about sixty kilometres from Alwaye and seventy-seventy five from Ernakulam. A significant resting place on the way would surely be Kothamangalam, with enough good restaurants to have tea and food. If the chosen path is through Muvattupuzha, that could serve as a better base before the journey to the interiors, as the Indian Coffee House there has more parking area and there is another good vegetarian restaurant just before it with enough space to park the car. Aluva and Perumbavoor are always good options too, with many vegetarian and non-vegetarian restaurants, so many of them to choose from – a stop might be necessary as the number of options would be getting lesser and lesser once one crosses the town of Kothamangalam. Both the Catholic and the Jacobite Syrian Cathedrals of Kothamangalam would also ask for some attention on the way, with a long history and the beauty that they exhibit. There is always a possibility of stopping on the way and therefore one has to be ready to apply the brakes all the time, if there is the thought of enjoying the beauty of nature all the time.

After Kothamangalam, the next major stop would be Thattekad, which is not only a beautiful stop with a great view from the bridge, The Thattekad Bird Sanctuary, covering an area of about 25 km² is one of the important bird sanctuaries in India, named after Salim Ali, one of the best known ornithologists in the nation. This bird sanctuary has a rich and varied birdlife which could be interesting to some. The Bhoothathankettu reservoir as well as that of Idamalayar are worth having a look, but for these option, there is the need to take a turn before moving on to Thattekad route from Kothamangalam. This could be done before moving on to the bird sanctuary on the way to Urulanthanni. The next place which is close enough to be called a small town is Njayappilly, and then there is Kuttampuzha. The option to go to Pooyamkutty might be there for another significant experience, but Urulanthanni would demand a right turn which could be acknowledged by asking any of the helpful people who might be standing on the roadside. It is surely a better option as this is not a place to visit using google maps – may be the purest of mother nature would never approve of it either, for the modern men should be able to find the best of nature by themselves and not by some random technology.

When the destination is reached, the beauty which you have witnessed already would really be playing in your mind. The place might be found by accident too, for sometimes nature calls you and gets you to the right location. This might be something Ace Ventura might agree, and one needn’t be that aggressive to find nature’s gift; for it does appear right in front of you at times as long as there is that eye to see the signs. The rest is upto you; for one can try to be a “Lord of the Flies” character, another Robinson Crusoe or just a random recluse – what would hurt nature the most might be a modern man with all his bloody modernity with him. But there would still be no range for most of the mobile connections, only Vodafone coming up with full range and Idea with a little range at times. The rest would be dead, with no sign of any existence giving that feeling of being a mobile phone carved in stone; it is good to have that feeling of Stone Age, for people need to know that technology will ultimately fail and what would remain is pure nature as long as it remains alive. Urulanthanni is still a success of Vodafone, for nobody might have thought that it would have an upperhand over BSNL and Airtel at such a location.

The way to waterfalls, crossing quite a number of waterbodies was quite beautiful, with greenery all around, and no specific path to walk around – for it was all green and grass covering was tall enough to make any existing path not easily noticeable. The water level kept increasing throughout the waterbodies which had to be crossed on the way and by the time of return, there was water till just a little below the waist of a 5’8″ person. The leeches made a good work out of legs, making sure that the blood kept coming out of the legs for hours, from more than one spots. This should surely work well enough for a future thesis in Gothic Horror – for they did quite a good job in vampirism, sucking the blood and enjoying every moment of it. It is thus not a negative thing, but a positive addition – just as the waterfalls and the greenery along with some strange remains of a structure gave the feeling of playing Tomb Raider, and that thing looked more like those magic vaults of Age of Wonders – that game which sucked hours out of my life. All these combined to create that feeling of nostalgia – not just of nature, but also of that technology whose influence is now limited in my life.